The Top 6 (Not So) Fun Facts About Bed Bugs

Exhausting. Embarrassing. Expensive. Disgusting. These are some of the most common words to describe a home with a bed bug problem.

And while there is nothing to celebrate about this parasitic pest if your bedroom has become infested by Cimex lectularius, from a scientific perspective, there are some facts about the common bed bug that are almost fun to know. With that in mind, here are the top 6 (not so) fun facts about bed bugs.

1. Who wants to live forever?

As if getting invaded by them wasn’t bad enough, knowing that bed bugs could lurk in one’s home and then survive for an entire year without eating would get most folks very worried…except that is not entirely true.

Although under ideal cool temperature conditions, there have been isolated incidents of bed bugs who have lived a year without a blood meal, the average adult bed bug living in normal room temperatures will only survive two to four months without a meal and have a four to six month life expectancy. If you thought that simply leaving an infested room to sleep in another room would starve the bed bugs, it is much more likely that they will venture out to find you in another room rather than die of hunger. Better to treat the infested room professionally as soon as possible.

2. Don’t call it a comeback

Bed bugs have been a problem in living spaces for thousands of years. The problem you may be facing right now is the same one that kept folks scratching in ancient Egypt. But there was a time not long ago when the bed bug was nearly eradicated from North America. In the years following World War II, the introduction of the insecticide DDT, along with the advent of affordable home vacuum cleaners, gave both exterminators and the average household the tools to combat bed bug infestations effectively. What was once a ubiquitous problem affecting both wealthy and poor communities alike was now disappearing for those who could afford to apply the proper treatment.

More recently, though, bed bug infestations have seen a resurgence in metropolitan areas. Not only have the little buggers been able to avoid DDT since that chemical was banned, but bed bugs have developed a resistance to other insecticides. And with international travel becoming ever more affordable and popular, hitchhiking bed bugs have found even more opportunities to spread. With a basic knowledge of how to detect bed bugs and a handful of good travel habits, there is a lot one can do to minimize the chances of bringing the bugs into one’s home.

3. So fresh and so clean

For many, the stigma of having a bed bug problem is very embarrassing. It stems from the misconception that bed bugs only thrive in untidy habitats. This, in turn, comes from recent history, where the communities with persistent bed bug infestations have typically been found in high-density, low-income residences, which do not necessarily have the resources to combat the problem effectively. Before the introduction of insecticides, bed bugs could be found in all types of homes and public areas, but most often in areas that experienced constant travel, such as train stations and hotels.

The bed bug itself is not choosy: it can just as easily come into an immaculate mansion from a suitcase that stayed in a four-star hotel as it can enter a dormitory from a backpack that spent time at a seedy hostel. All the bed bug needs to thrive is a sleeping person or pet to feast on, and a hiding place. Although maintaining a clean and uncluttered bedroom is the best way to manage an existing bed bug problem, this parasite doesn’t care how spick and span your space is. That they prefer dirty, unkempt spaces is just another bed bug myth.

You just had a good night’s sleep, but then notice a group of red welts on your arm after getting out of bed. How did you get bitten so much without noticing? Why isn’t one’s body alerted to the “bite” of a bed bug?

The secret lies in the little bed bug’s saliva. Containing proteins that are both an anesthetic (numbing agent) and an anticoagulant (blood thinner), the saliva in a bed bug sting simultaneously numbs the skin while it withdraws blood from the area. Although most will start scratching after a bed bug bite, the bite itself is painless. Evolution has provided the bed bug with a way to feed without being swatted — and because its host is asleep, the freedom to go back to its hiding place without getting caught.

5. Ain’t nothing but a hound dog

Bed bug control can be expensive. With costs of several hundred dollars for the most basic of treatments, to several thousand dollars for multi-room heat treatments and fumigation services, larger properties need to be selective about which rooms need to get treated. Although there are several ways to visually verify the presence of bed bugs, large homes, apartment complexes, dormitories, and hotels can benefit from a detector that can quickly and effectively identify the presence of bed bugs.

Enter canine scent detection — more commonly known as bug-sniffing dogs. With an incredible sense of smell and training specifically for finding the presence of bed bugs, dogs are being used more and more often to pinpoint the location of these pests. Although the use of a canine detection service will typically cost hundreds of dollars, there is the potential to save thousands by avoiding the treatment of rooms that have no infestation. Canine detection is not a perfect science, but their success rate is very high and should definitely be considered as a part of a control plan for large properties.

6. Every breath you take

With our beating hearts, need to breathe, and need for sleep, bed bugs are attracted to us all, as their main requirements are warm bodies that exhale and stay put in one place. Essentially, this means that no matter how often you bathe or how clean you keep your space, bed bugs that are already transplanted to a room will be attracted to the people and animals in it. Body temperature, breath, and the texture of soft skin are all among the factors that attract bed bugs. They instinctively sense the level of carbon-dioxide and the greater concentrations produced by a body at rest. If they’re in the room, there is nothing one can do to avoid “letting the bed bugs bite.”

THE CREEPY, CRAWLY FACTS ABOUT BED BUGS IN OFFICE BUILDINGS 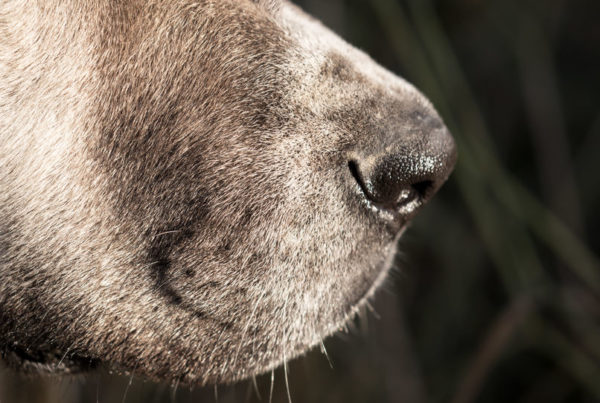 5 REASONS YOU SHOULD BE EXCITED FOR BED BUG SNIFFING DOGS 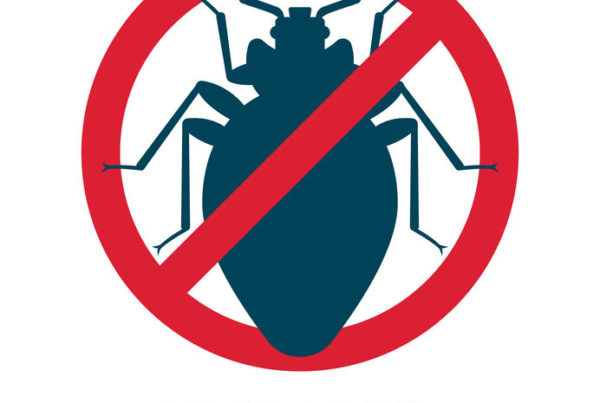 How to Hire a Pest Manager for Bed Bugs